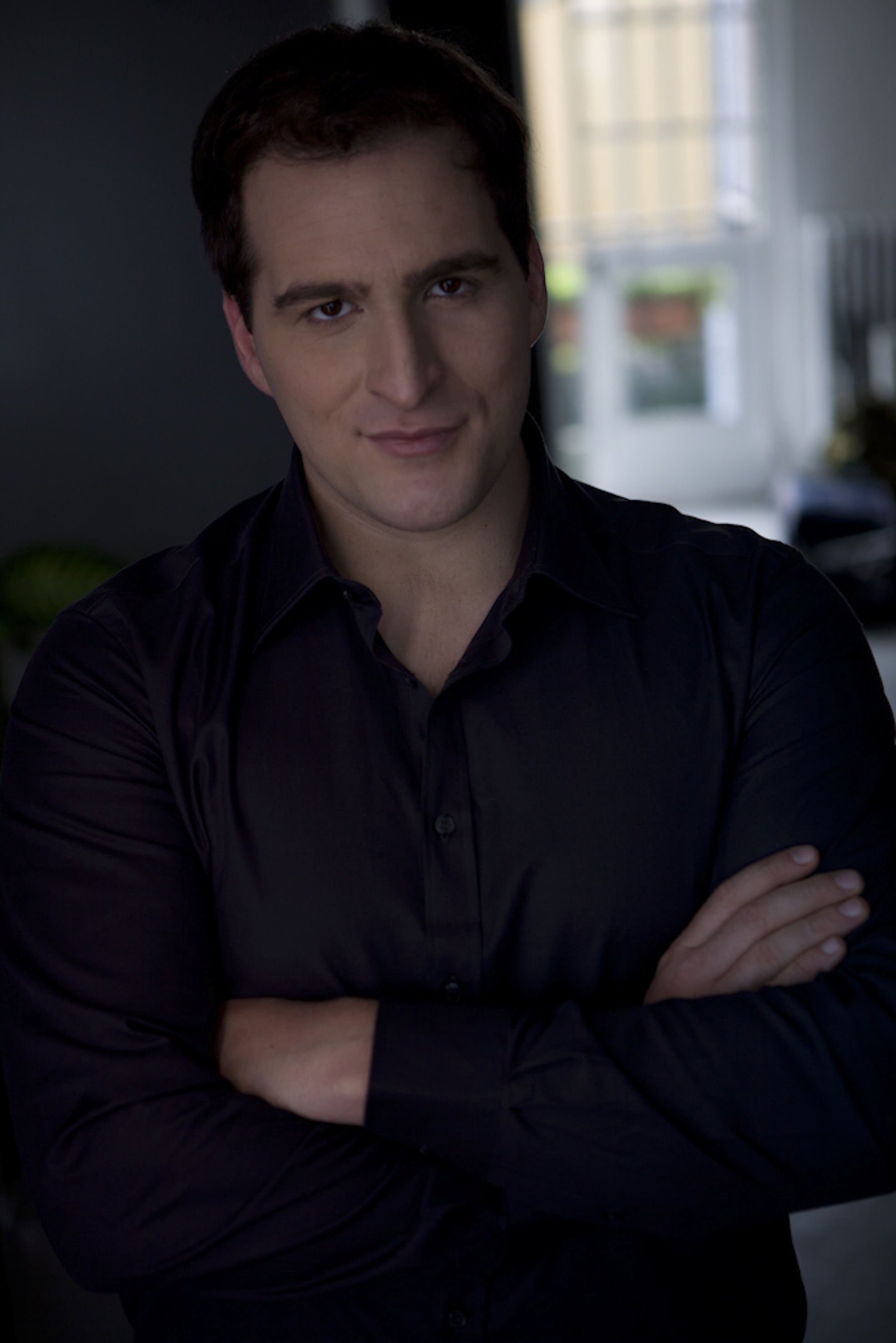 Riccardo Massi has gained international recognition in  theaters such  as the Royal Opera House, Covent Garden, Staatsoper Berlin, Deutsche Oper Berlin, Teatro dell’Opera di Roma, the Metropolitan Opera,  Opernhaus Zürich, Den Norske Opera, Royal Swedish Opera, Bayerische Staatsoper, Teatro Regio di Torino, and Opera Australia, the Bolshoi Opera and many others. Riccardo Massi was born in Sarnano initially trained as an actor. A specialist in the handling of ancient and medieval weapons, he financed his vocal studies with appearances as a stuntman in several films, including Mel Gibson’s The Passion of the Christ and Martin Scorsese’s Gangs of New York. Since the beginning of his training, Massi has studied with Maestro David Holst in Rome who remains his mentor today. After receiving an invitation to join the Accademia Teatro alla Scala, Massi made his operatic debut in December of 2009 as Radamès in Salerno under Daniel Oren. He subsequently sang his first Cavaradossi with the Landestheater Salzburg and then added Pollione to his repertoire in Lima, Peru. In the summer of 2010, Massi made his Glyndebourne Festival debut as Malcolm in Macbeth , and his German operatic debut in October of 2010 as Cavaradossi at Staatsoper Berlin. He later debuted at the Teatro Giuseppe Verdi in Trieste as Jacopo Foscari in I due Foscari and at Teatro dell’Opera di Roma as Arrigo in La battaglia di Legnano.

In the spring of 2011, Massi made his North American debut in Tosca with the Palm Beach Opera, later performing the same work in concert at the Verbier Festival in Switzerland under Gianandrea Noseda. He became known for his role as Mario Cavaradossi in Tosca, which he performed in autumn of 2011 at the Bayerische Staatsoper and at the Deutsch Oper Berlin in November of that year. In the 2011/12 season, Massi sang Cavaradossi at Bayerische Staatsoper, Teatro Regio di Torino, Théâtre des Champs-Elysées, Staatsoper Berlin, Opéra Grand Avignon, and in Rio de Janeiro for his South American debut. He also sang Pollione and Arrigo in La battaglia di Legnano at Teatro dell’Opera di Roma, Don Álvaro at the Teatro Colón, and Enzo in a concert performance of La Gioconda at the Concertgebouw in Amsterdam, opposite Eva Maria Westbroek. At the start of the 2012/13 season, Massi sang his first Manrico in Il Trovatore for the Canadian Opera Company. He then sang Riccardo in Un ballo in maschera at Theater Basel in Switzerland, Calaf in a new production of Turandot at the Royal Swedish Opera, Radamès for his debut at the Michigan Opera Theater, and Don Alvaro in La forza del destino with Opera Australia.

Engagements for the 2013/14 season included his debut at the Houston Grand Opera as Radamès, his debut at the Royal Opera House as Cavaradossi, and his debut as the title role of Andrea Chénier in Stockholm. He began the 2014/15 season with his debut at Den Norske Opera as Pinkerton. Massi then sang Enzo in La Gioconda for his debut with the Opéra de Marseille, Cavaradossi with Opera Australia, Riccardo in Un ballo in maschera at the Théâtre Royale de la Monnaie, Don José in Carmen at Deutsche Oper Berlin, Verdi’s Requiem at the Grand-Théâtre de Genève, and Calaf for his debut at the Bregenz Festival. In the 2015/16 season Massi returned to the Royal Opera House, Covent Garden in London as Cavaradossi alongside Angela Gheorghiu’s Tosca; he also appeared at the Handa Opera on Sydney Harbour (Opera Australia) as Calaf in Turandot, at the Melbourne Arts Center (Opera Australia) where he debuted the role of Rodolfo in Luisa Miller. Engagements of the 2016/17 season included his role debut as Des Grieux in Manon Lescaut at the Bolshoi Theatre in Moscow, a role he also interpreted in a new production at the Staatsoper Berlin; his debut at the New National Theatre of Tokyo as Pinkerton in Madama Butterfly, his return to the Metropolitan Opera in New York as Radamès in Aida, Calaf in Turandot at the Cologne Opera, Don José in Carmen in Taiwan, Gustavo in a gala performance of Un ballo in maschera alongside Sondra Radvanovsky at the Nationaltheater Mannheim and Manrico in Il trovatore at the Budapest Summer Festival.

In the 2017/18 season, Massi debuted at the Los Angeles Opera as Don José in Carmen and at the Staatsoper Hamburg as Cavaradossi. He also sang Cavaradossi at Covent Garden and with the KBS Symphony in Seoul and appeared as Radamès at Teatro Colón in Buenos Aires, Opera Australia, and Opera Hong Kong. In the 2018/19 season, Massi made his role debut as Gabriele Adorno in Simon Boccanegra with Opéra de Marseille, after which he reprised the roles of des Grieux and Riccardo in Un ballo in maschera at the Bolshoi. He also debuted at the Teatro Comunale di Bologna as Manrico and appeared as Calaf with the Orquesta Filarmonica de Jalisco in Guadalajara. Massi then returned to the Bayerische Staatsoper as Pinkerton in Madama Butterfly and Pollione in Norma. He also appeared at Semperoper Dresden as Cavaradossi, and debuted at the Washington National Opera in the same role. He also debuted the role of Foresto in Attila at the Opéra national de Lyon and at the Théâtre des Champs-Elysées.

At the start of the 2019/20 season, Massi returned to the Metropolitan Opera as Calaf in Turandot and sang Cavaradossi in Tosca at Semperoper Dresden, after which he debuted at the Mikhailovsky Theatre in Saint Petersburg as Radamès in Aida. He sang Manrico in Il Trovatore at Bayerische Staatsoper and began a relationship with the Bolshoi Opera where he debuted in Manon Lescaut and where he has also been heard in Un Ballo in Maschera and Tosca.  After the international interruption caused by the Pandemic epidemic, Riccardo Massi returned to the stage in the fall of 2021 for his first performances of  the title role in Don Carlos in a new production at the Semperoper Dresden. He returned to the Royal Opera House, Covent Garden in Tosca, sang Manon Lescaut in Genoa and Manrico in Budapest. In 2023 Riccardo Massi will add another role to his vast repertoire at the Deutsche Oper am Rhein when he sings Jean in Massenet’s Herodiade. 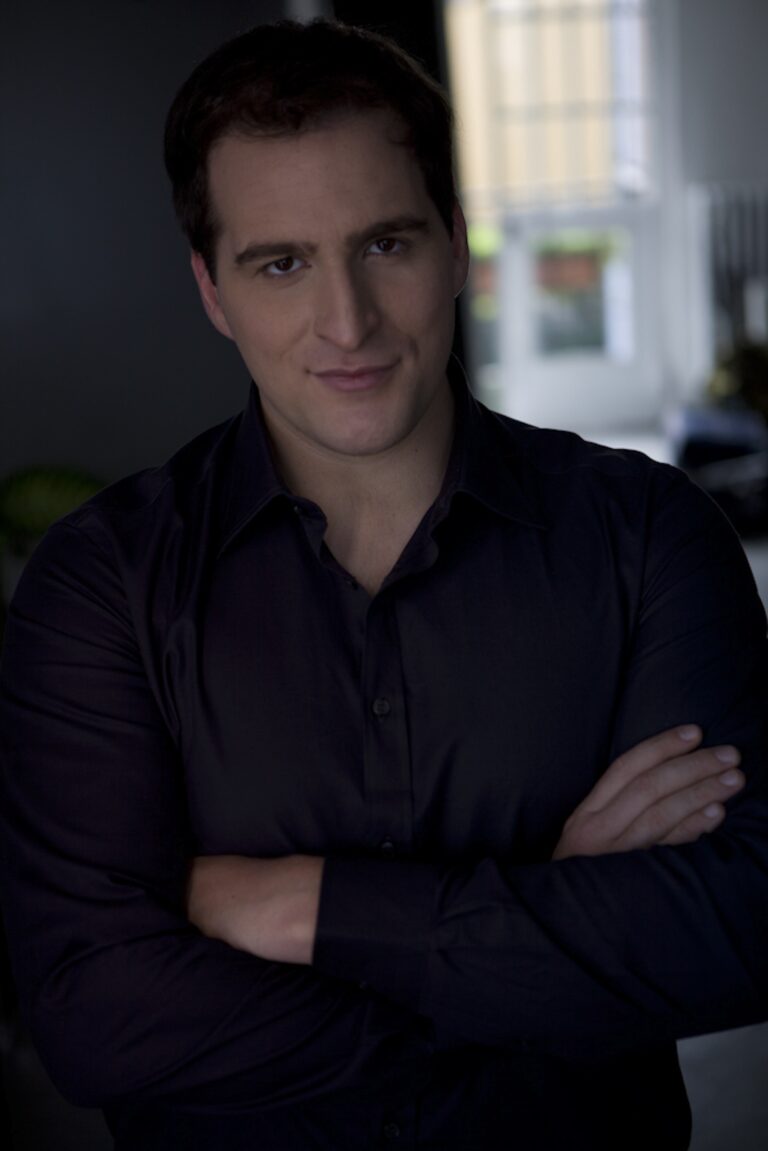