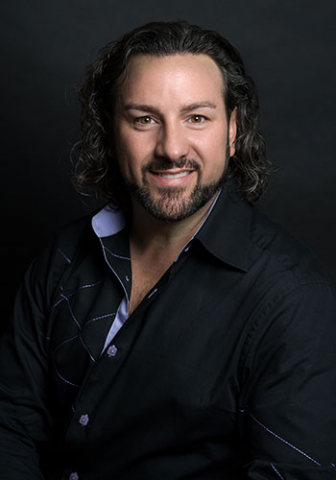 American tenor John Osborn has gained international acclaim performing with leading theaters around the world, including the Royal Opera House, Opéra national de Paris, Teatro dell’Opera di Roma, the Metropolitan Opera, Théâtre Royal de la Monnaie, Opernhaus Zürich, Dutch National Opera in Amsterdam, Teatro Colon in Buenos Aires, Bayerische Staatsoper, Gran Teatre del Liceu, Grand Théâtre de Genève, Teatro alla Scala in Milan, San Francisco Opera, and Lyric Opera of Chicago and at the Salzburg Festival. Osborn began the 2021/2022 season in his debut  in the title role of Robert le Diable at the Opéra national de Bordeaux. He then appeared for the first time at the Teatro Donizetti in Bergamo as Tonio in La Fille du Régiment. Osborn debuted at the Palau de les Arts Reina Sofia in Valencia as the title role in Les contes d’Hoffmann and appeared as Percy in Anna Bolena at Teatro Carlo Felice, and at the Teatro Massimo Palermo in  Roberto Devereux. Osborn returned to the Teatro dell’Opera di Roma as Arturo in I Puritani and will sing the same role at the Wiener Staatsoper.

In the 2022/2023 season Osborn will add a historically iconic role to his repertoire when he returns to the Grand Théâtre de Genève as Eleazar in La Juive.  During the autumn of 2022, Osborn will join Cecilia Barotli in an extended tour in Europe of concert performances of La Clemenza di Tito. Other engagements include a concert performance of Les Contes D’Hoffmann in Frankfurt as well as I Vespri Siciliani in  Bologna.

A native of Sioux City, Iowa, John Osborn received his Bachelor of Music degree in Vocal Performance from Simpson College. He made his professional operatic debut in 1993 at the Des Moines Metro Opera and was then invited to become a member of the Metropolitan Opera’s Young Artists Development Program. While still a member of the program, Osborn made his European Debut in 1997 in Cologne as Fenton in Falstaff under James Conlo In the first part of his career, John Osborn quickly won international acclaim for his command of the Bel Canto Repertoire. He made his debuts at the Wiener Staatsoper, Staatsoper unter den Linden in Berlin, San Francisco Opera, Los Angeles Opera, Vancouver Opera, Orlando Opera, and a return to the Lyric Opera of Chicago as Almaviva in Il Barbiere di Siviglia. He also debuted in Montréal , Dresden, Zürich, Torino, Genoa, Saint Gallen and Nice as Ramiro in La Cenerentola, and in Lisbon, Florence and Santa Barbara as Lindoro in L’italiana in Algeri. Osborn appeared as Elvino in La Sonnambula, Tonio in La fille du régiment and Belmonte in Die Entfürung aus dem Serial in Bordeaux; debuted as Nemorino in L’elisir d’amore and sang Belmonte and Arturo in I Puritani at the Washington National Opera; and reprised the role of Arturo in Amsterdam, Cagliari, and Mahon. He debuted as Léopold in La Juive in Paris, later reprising the role in Amsterdam, Zürich, and Munich. He also sang Don Ottavio in Don Giovanni at the Metropolitan Opera and Teatro alla Scala, and Ferrando in Cosi Fan Tutte in Boston, San Diego, and on tour with Seiji Ozawa in Japan.

Osborn’s vocal development then led him to explore a broader lyric repertoire. He sang his first Arnold in Guillaume Tell in Rome in 2007, Roméo in Roméo et Julliette at the 2008 Salzburg Festival, Des Grieux in Manon in Buenos Aires in 2010, and Edgardo in Lucia di Lammermoor with the Grand Théâtre de la Monnaie in Brussels in 2010. He returned to Brussels in 2011 to make his debut as Raoul de Nangis in Les Huguenots. In 2010, Osborn made his debut with the Royal Opera House as Nadir in concert performances of Les Pêcheurs de Perles. He added the title role of Rossini’s Otello to his repertoire in Lyon, Paris, and in a new production in Zürich opposite Cecilia Bartoli. Osborn expanded his repertoire to Pollione in Norma in Dortmund, Salzburg, Zürich, Vienna, Lyon, Paris and Edinburgh – a role in which he also appears on Decca’s recording of the opera, opposite Cecilia Bartoli. In 2012, he sang his first Les contes d’Hoffmann in concert in Paris under Mark Minkowski, and then in a stage production for Opera de Lyon and in Tokyo. In the same season, he also sang his first Roberto Devereux in Zürich, opposite Edita Gruberova. In 2013, Osborn made a triumphant appearance at the Caramoor Festival as Henri in Verdi’s Les Vepres Siciliennes and debuted as Alfredo in La Traviata at the Arena di Verona, where he also appeared as Romeo. Osborn also appeared as Goffredo in Armida and Rodrigo in La Donna del Lago as part of the Metropolitan Opera’s Live in HD broadcasts. In 2014, Osborn sang his first Werther.

John Osborn returned to the Metropolitan Opera in the fall of 2016 as Arnold in Rossini’s Guillaume Tell, a role for which he has won the highest praise in such theaters as the Royal Opera House Stichting Nationale Opera & Ballet, Grand Théâtre de Genève, Teatro Regio a Torino, and Carnegie Hall. He first sang Arnold in concert performances at the Accademia di Santa Cecilia under Antonio Pappano. In the 2016/17 season, Osborn appeared at the Teatro di San Carlo in Naples in the title role of Rossini’s Otello and made his debut with the Bolshoi Theatre in Moscow as Libenskof in concert performances of Il viaggio a Reims under Tugan Sokhiev. He subsequently appeared as Pollione in Norma at the Teatro Massimo in Palermo, opposite Mariella Devia, and debuted as Jean in Meyerbeer’s Le Prophete, which he sang first at the Alto Theater in Essen and then at the Théâtre du Capitole in Toulouse. Osborn also appeared in a semi-staged concert performance of La Boheme at the Phoenician International Festival. Highlights from the 2015/16 season included the title role in Benvenuto Cellini at the Teatro dell’Opera di Roma and Gran Teatre del Liceu, a role which Osborn first sang in the highly praised production at the Stichting Nationale Opera & Ballet in 2015. He returned to the Metropolitan Opera as Rodrigo in La Donna del Lago and starred as the title role in a new production of Rossini’s Otello at the Theater an der Wien. Osborn added the role of Fernand in La Favorite to his repertoire at the Teatro La Fenice in Venice, after which he made his debut at the Bayerische Staatsoper as Léopold in a new production of La Juive. Additionally, he returned to Paris as Elvino in the Théâtre des Champs-Elysées’ concert performance of La Sonnambula and celebrated the 100th anniversary of his hometown’s Sioux City in concert.

In the 2017/18 season, Osborn made several debuts: his first Fra Diavolo at the Teatro dell’Opera di Roma, his first Faust at the Gran Théâtre de Genève, and his debut at the Teatro de la Maestranza as Tonio in La Fille du Regiment. He also sang the title role in Benvenuto Cellini at the Opéra National de Paris, the title role in Les contes d’Hoffmann at the Stichting Nationale Opera & Ballet, and Nemorino in L’elisir d’amore at the Macerata Festival. He began the 2018/19 season singing Arnold at the Theater an der Wien, after which he returned to Frankfurt as Arturo. He also appeared at the Gran Teatre del Liceu as Nadir in Les Pecheurs de Perles and returned to the Semperoper Dresden as Raoul de Nangis in a new production of Les Huguenots, to the Teatro Massimo in Palermo as Fernand in La Favorite, and to the Teatro di San Carlo in Naples as the title role in Les contes d’Hoffmann. On the concert platform, Osborn debuted with the Philadelphia Orchestra singing Rossini’s Stabat Mater under Yannick Nézet-Séguin, and appeared with the Orchestre national de Paris for his debut as the title role in La Damnation de Faust.  Osborn began the 2019/20 season at the Teatro dell’Opera di Roma as Henri in Les Vepres Siciliennes after which he returned to the Grand Théâtre de Genève as Raoul de Nangis in Les Huguenots, and to the Opéra de Lyon as Arnold in Guillaume Tell. In the 2020/21 season, Osborn made his house debut at the Teatro Real in Madrid as Pollione in Norma after appearing in the title role of Les Conttes d’Hoffmann at the Gran Teatre del Liceu. He began the season with his debut at Ópera de Oviedo as Arturo in I Puritani and later returned to the Stichting Nationale Opera & Ballet for his debut in Rudi Stephan’s Die ersten Menschen.