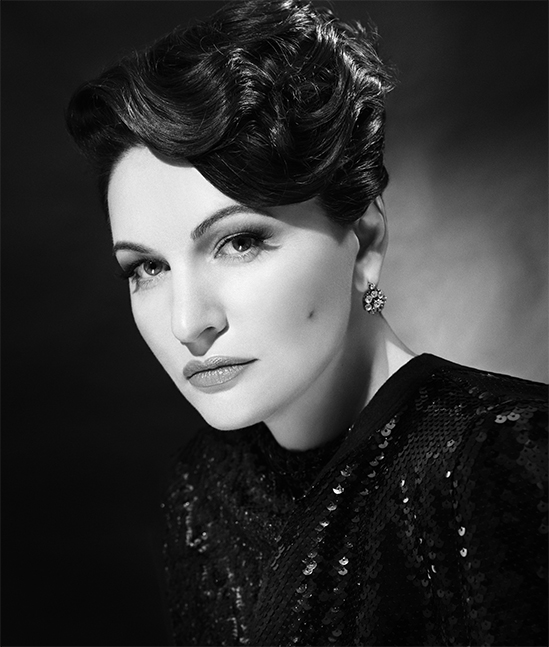 Hibla Gerzmava is one of the most sought after sopranos of her generation, having received critical acclaim at theaters such as the Royal Opera House, Opéra national de Paris, Metropolitan Opera, Wiener Staatsoper, Teatro dell’Opera di Roma, Teatro alla Scala, Semperoper Dresden, Bayerische Staatsoper, Mariinsky Theatre in St. Petersburg, and at the Bolshoi Theatre and Stanislavsky Nemirovich-Danchenko Theatre in Moscow. A graduate of the Moscow Conservatory’s Vocal Department, Hibla Gerzmava’s professional breakthrough came in 1994 when she was awarded the Grand Prix at the Tchaikovsky International Competition, becoming the first and only vocalist in the competition’s history to be honored in this way.

Since 1995, Gerzmava has been a soloist of the Stanislavsky and Nemirovich-Danchenko Musical Theatre in Moscow. In the first part of her career, she sang roles such as Donna Anna in Don Giovanni, the title role in Lucia di Lammermoor, Mimì in La bohème, Adina in L’elisir d’amore, Violetta in La traviata, and the three heroines – Antonia, Olympia and Giulietta – in Les Contes d’Hoffmann. Gerzmava made her Covent Garden debut in 2008 as Tatyana in Eugene Onegin. Gerzmava subsequently returned to Covent Garden as Mimì in La bohème and Liù in Turandot. In 2010, Gerzmava was awarded for her performance as the title role in Lucia di Lammermoor at the Stanislavsky Theatre where she received the highest Russian theatrical award, the Golden Mask, as well as the Casta Diva Critics Award, and Moscow Government Award for achievement and contribution to the world of arts and culture. That same year, Gerzmava made her Metropolitan Opera debut as Stella and Antonia in Les Contes d’Hoffmann and was praised by the New York Times as “the warm-voiced soprano with affecting poise and strong-willed intensity”.

Gerzmava made her debut at Teatro dell’Opera di Roma as Mimì in La bohème and returned to the Metropolitan Opera to reprise this role as well as the role of Donna Anna in Don Giovanni. She also sang Donna Anna in Wiener Staatsoper and Bayerische Staatsoper. Gerzmava also appeared at the Opéra National de Paris as Vitellia in La clemenza di Tito, a role she debuted at Wiener Staatsoper. She has returned to Vienna as Amelia Grimaldi in Simon Boccanegra opposite Placido Domingo, to the Opéra national de Paris as Desdemona in Otello, and as Elisabeth de Valois in Don Carlos. In 2017 she debuted the Teatro alla Scala in the title role of Anna Bolena.

In recent seasons, Hibla Gerzmava has begun to add other spinto soprano roles to her repertoire. She sang her first Leonora in La Forza Del Destino in a new production at the Opernhaus Zürich, her first Il Trovatore Leonora at the Teatro Real in Madrid where in 2021 she added the iconic title role of Norma to her repertoire. Prior to this, Gerzmava sang the title role in Cherubini’s Medee in Moscow for which she was presented with the Golden Mask Award. In 2022 Gerzmava sang her first performances of Tosca in Moscow.