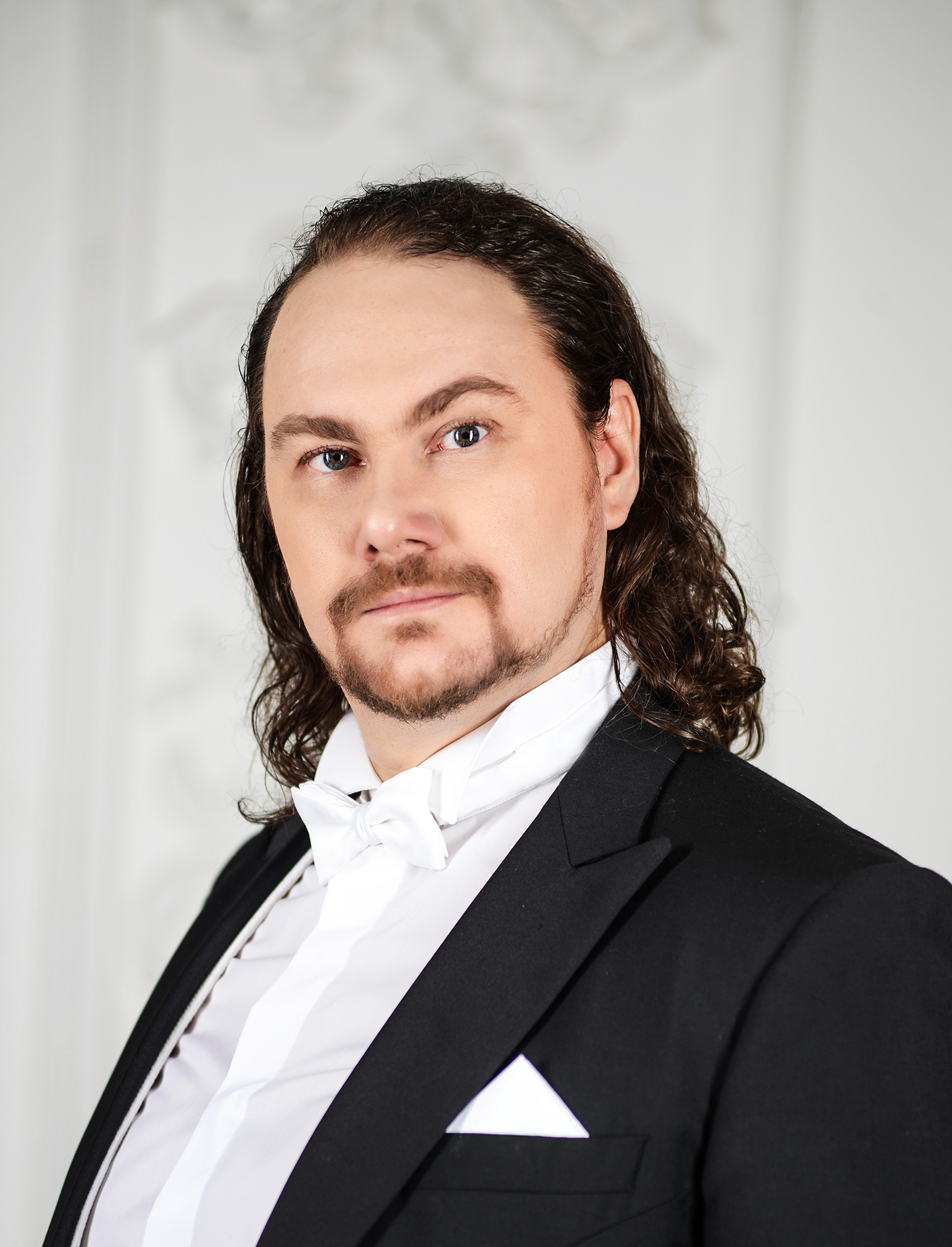 Born in Ekaterinburg, Russia, Dmitry Ulyanov has gained attention as a leading bass in opera houses such as the Opéra National de Paris, Teatro Real de Madrid, Wiener Staatsoper, Bolshoi Theatre in Moscow, Gran Teatre del Liceu in Barcelona, Dutch National Opera,Netherlands Opera, Canadian Opera Company,  Opéra de Lyon and at the Aix en Provence Festival. Ulyanov began the current season with his debut at the Grand Théâtre de Genève in Prokofiev’s War and Peace. He then made his role and house debut as Kochubey in Mazeppa at the Festspielhaus Baden-Baden with the Berlin Philharmonic conducted by Kirill Petrenko; a role that he also sang at the Philharmonie Berlin. In the 2022/2023, Ulyanov will sing Kutuzov in the Bayerische Staatsoper’s new production of War and Peace conducted by Vladimir Jurowski and directed by Dmitry Cherniakov. He will return to the Grand Théâtre de Genève as Cardinal Brogni in La Juive. He will also appear as the Grand Inquisitor  in Don Carlos in Munich and in the future stars there as Boris Godunov.

From 1997 to 1998, Ulyanov was a soloist with the Ekaterinburg State Opera House, and from 1998 to 2000 he was a soloist with Moscow’s Novaya Opera, where he sang Loredano in Verdi’s I Due Foscari, Stromminger in Catalani’s La Wally, and Varlaam in Boris Godunov. Since November of 2009, he has been a guest soloist of the State Academic Bolshoi Theatre of Russia, where he debuted as the Doctor in Berg’s Wozzeck.  Ulyanov joined the Stanislavsky Opera in Moscow in 2000 and has  performed a large number of roles there, including Ivan Khovansky in Khovanshchina, Raimondo in Lucia di Lammermoor, the title role in Don Giovanni, Don Alfonso in Cosi fan tutte, the Four Villains in Les Contes d’Hoffmann, Colline in La Boheme, Prince Gremin in Eugene Onegin, Ramfis, Landgraf in Tannhäuser, Don Basilio, Golova in Rimsky-Korsakov’s May Night, Kutuzov, and Padre Guardiano in La Forza del Destino.

For over ten seasons Ulyanov has maintained a major presence internationally. Engagements for the 2011/12, season included Hunding in Die Walküre at the Teatro de la Maestranza, Sparafucile at the Palacio de la Ópera in A Coruña, René in a new production of Iolanta at the Teatro Real (broadcast on TV and relseased on DVD), a performance of Stabat Mater with Opera Municipal de Marseille, and performances of Les Noces at both the Perm Opera and Ballet Theatre in Russia and the Athens & Epidaurus Festival in Greece. In the 2012/13 season, he returned to the Teatro Real as Pimen in the new production of Mussorgsky’s Boris Godunov and as Banco in Macbeth. Ulyanov also made his debut on the stage of the Opera Bilbao as Procida in Verdi’s Les Vepres Sicilienne and sang Sparafucile in Rigoletto at the Teatro de la Maestranza. In the 2013/14, season included Don Basilio at the Teatro Real in Madrid, where he also performed in Rossini’s Stabat Mater under the baton of Renato Palumbo, Ramfis in Aida at the Teatro de la Maestranza, and Escamillo in Carmen at the New National Theatre Tokyo and Bolshoi.

Other Highlights from Ulyanov’s previous seasons include Cardinal de Brogni in La Juive at the Mikhailovsky Theatre in St. Petersburg and Israeli Opera; Banco in Macbeth at the Novosibirsk Opera & Ballet Theatre and Opéra national de Paris; The King of Egypt in Aida, Don Basilio in Il barbiere di Siviglia, and Don Marco in The Saint of Bleecker-Street at the Opera Municipal de Marseille; Konchak in Prince Igor and Tomsky in Pikovaya Dama with Opéra de Monte-Carlo; Varlaam in Boris Godunov at the Théâtre du Capitole in Toulouse and Opéra de Monte-Carlo; Prince Gremin at the Opera National du Rhin in Strasbourg; Marcel in Meyerbeer’s Les Huguenots at the Teatro Real; the Grand Inquisitor in Don Carlos at the Teatro de la Maestranza; and Tchaikovsky’s The Oprichnik at the Teatro Lirico di Cagliari in Italy.

Dmitry Ulyanov graduated from the Urals State Conservatoire in 2000 under professor V. Pisarev. That same year, he won the Grand Prix at the International Competition for Singers during the International UNESCO Festival in Kazakhstan. Ulyanov won the “Casta Diva” Award for “Best Male Singer of the Year” in 2015 and was twice nominated for the “Golden Mask” National Theater Award in the category of “Best Actor in an Opera” for his performances as Kutuzov in Prokofiev’s War and Peace in 2013 and Ivan Khovansky in Mussorgsky’s Khovanshchina in 2016. In 2019, he was named an “Honored Artist of the Russian Federation”. 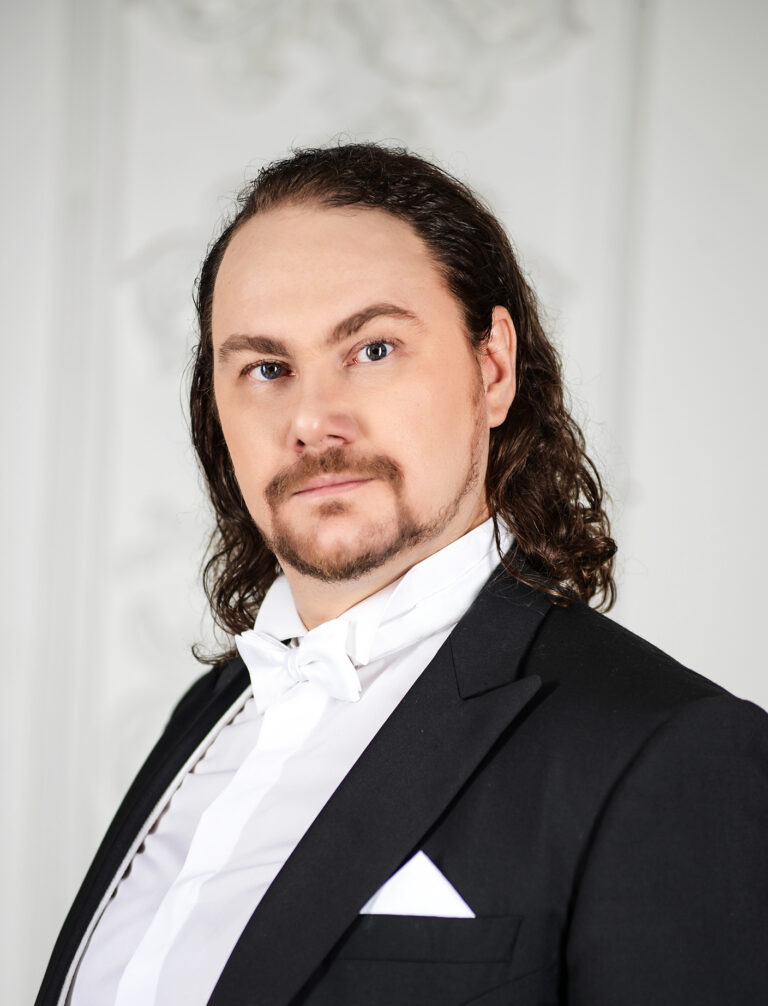