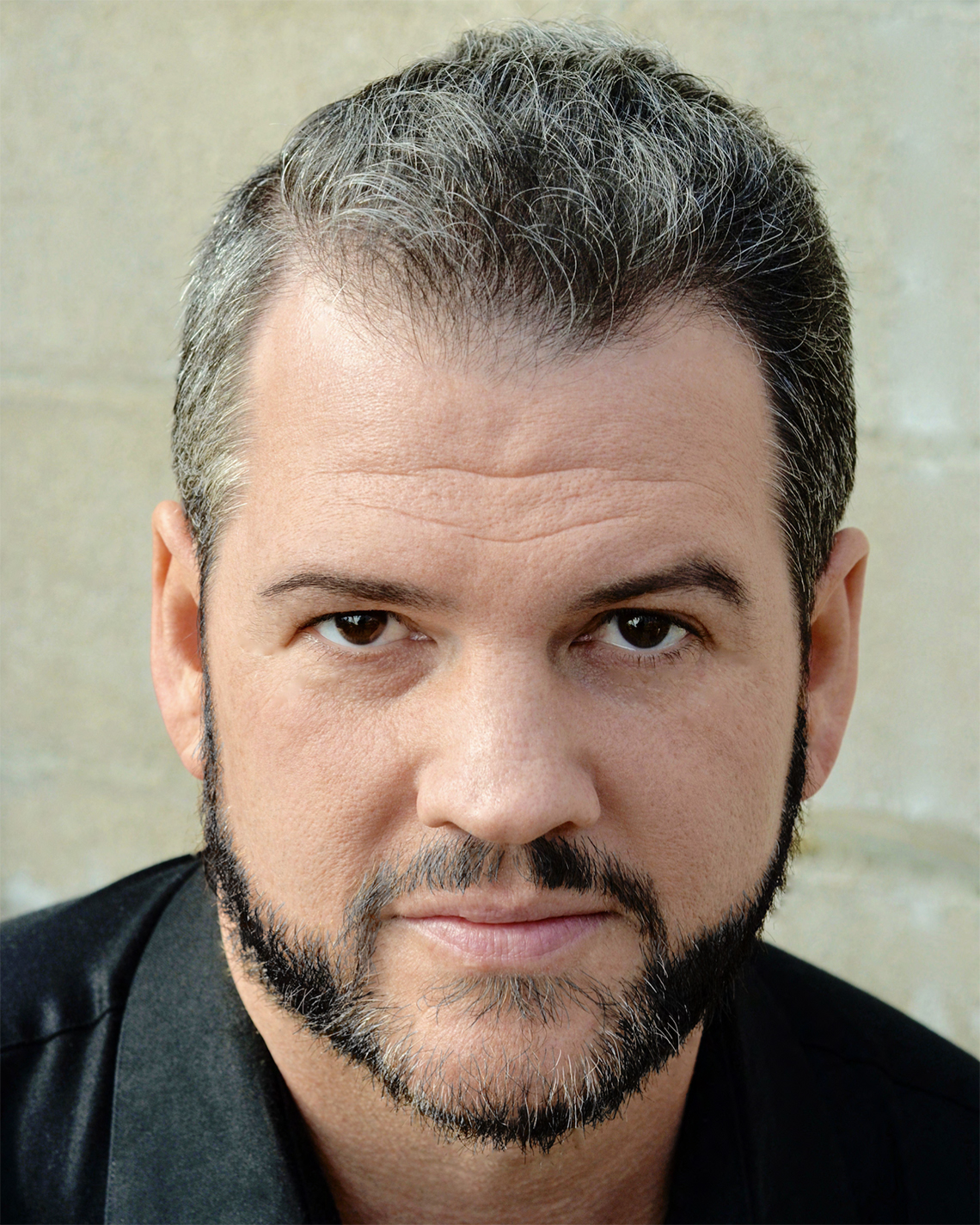 Canadian tenor David Pomeroy is enjoying a career that has placed him in the spotlight on some of the world’s most important stages. The Newfoundland native made his Metropolitan Opera debut portraying the title role in Les contes d’Hoffmann, opposite soprano Anna Netrebko and under the baton of Maestro James Levine. In the current season, he will return to the Manitoba Opera as Don José in Carmen, appear with the Calgary Opera as Bacchus in Ariadne auf Naxos and sing Bruckner’s Te Deum with the Orquesta y Coro Nacionales in Madrid.

In the 2018/19 season, Pomeroy made debuts with Opéra de Limoges as Paul in Die tote Stadt and at the New Orleans Opera, Theatro Municipal de São Paulo and New National Theatre Tokyo as Calaf in Turandot. He also sang his first Bacchus with Oper Stuttgart, appeared in Vancouver as the title role in Faust and performed as the featured soloist at the annual RTÉ National Symphony gala in Dublin. The tenor began the 2017/18 season with his debut in the title role of Tannhäuser at the Cologne Opera, later returning to the Manitoba Opera as Pinkerton in Madama Butterfly. He then appeared as Florestan in a concert version of Fidelio with the Orquesta Sinfónica Nacional in Mexico City, debuted at the Seattle Opera as Radames in Aida, and at the Bregenz Festival as Don José. Pomeroy also appeared as the title role in a concert version of Peter Grimes with the Vancouver Symphony Orchestra.

Engagements from the 2016/17 season included Calaf in Turandot with the Edmonton Opera and Calgary Opera, Florestan in Fidelio with the Cologne Opera, Verdi’s Requiem with the Vancouver Symphony and Janáček’s Glagolithic Mass with the Warsaw Philharmonic. In the 2015/16 season, Pomeroy could be seen as Paul in Die tote Stadt in both Frankfurt and Calgary and as Don José in Carmen in Toronto at the Canadian Opera Company. His concert appearances included the tenor soloist in Mahler’s Symphony No. 8 with the Calgary Philharmonic, Beethoven’s Symphony No. 9 with the Vancouver Symphony, Handel’s Messiah with the Newfoundland Symphony and Janáček’s Glagolitic Mass with the Orchestre Métropolitain de Montreal, under the baton of Yannick Nezet-Seguin.

Pomeroy’s engagements for the 2014/15 season included Alfred in Die Fledermaus with the Vancouver Opera, Henri in Les Vepres Siciliennes with the Royal Danish Opera, and Florestan in Fidelio and Calaf in Turandot with the Manitoba Opera. His 2013/14 season consisted of role debuts as Radames in Aida as part of the Boris Brott Festival in Ontario, Erik in Der Fliegende Holländer with the Calgary Opera, Don José in Carmen with the Opera Lyra Ottawa, Cavaradossi in Tosca with the Vancouver Opera, and Pinkerton in Madama Butterfly with the Calgary Opera. Other engagements included a performance with the Newfoundland Symphony for its French Grand Opera Gala, Verdi’s Requiem with the Orchestre Symphonique de Trois-Rivières and Beethoven’s Symphony No. 9 with the Vancouver Symphony Orchestra.

Other recent appearances have included Alfredo in La Traviata with the Vancouver Opera and New York City Opera, Macduff in Macbeth with the Edmonton Opera, the title role in Faust, Alfred in Die Fledermaus and Skuratov in From the House of the Dead at the Canadian Opera Company, Don José in Carmen with the Pacific Opera Victoria, Manitoba Opera, Lyric Opera of Kansas City, Vancouver Opera, Cork Ireland and Staatsoper Stuttgart, Pinkerton in Madama Butterfly with the Lyric Opera of Kansas City, COC, Opera Theatre of Saint Louis, Fort Worth Opera, Connecticut Lyric Opera, Michigan Opera and Opéra de Québec, Cavaradossi in Tosca with Opéra de Montréal, Il Duca in Rigoletto with Opéra de Montréal, Calgary Opera and Manitoba Opera, the title role in Les contes d’Hoffmann with the Florida Grand Opera, Metropolitan Opera, COC and Edmonton Opera, Ruggero in La Rondine with the Michigan Opera, Edgardo in Lucia di Lammermoor with the Calgary Opera, Roméo in Roméo et Juliette with the Metropolitan Opera, Rodolfo in La Bohème with the Pacific Opera Victoria and COC, the title role in Idomeneo and Pollione in Norma with the Pacific Opera Victoria, and Ladislov in The Two Widows with the Scottish Opera, performed both at the Edinburgh Festival and in Glasgow. Pomeroy has also sung the title role in Faust with bass James Morris in the annual “Met in the Parks” concert series. Most notably, he created the role of Stefano for the successful world premiere of Filumena with the Calgary Opera, later performing remounts in Banff, Ottawa and Edmonton, currently available on DVD. 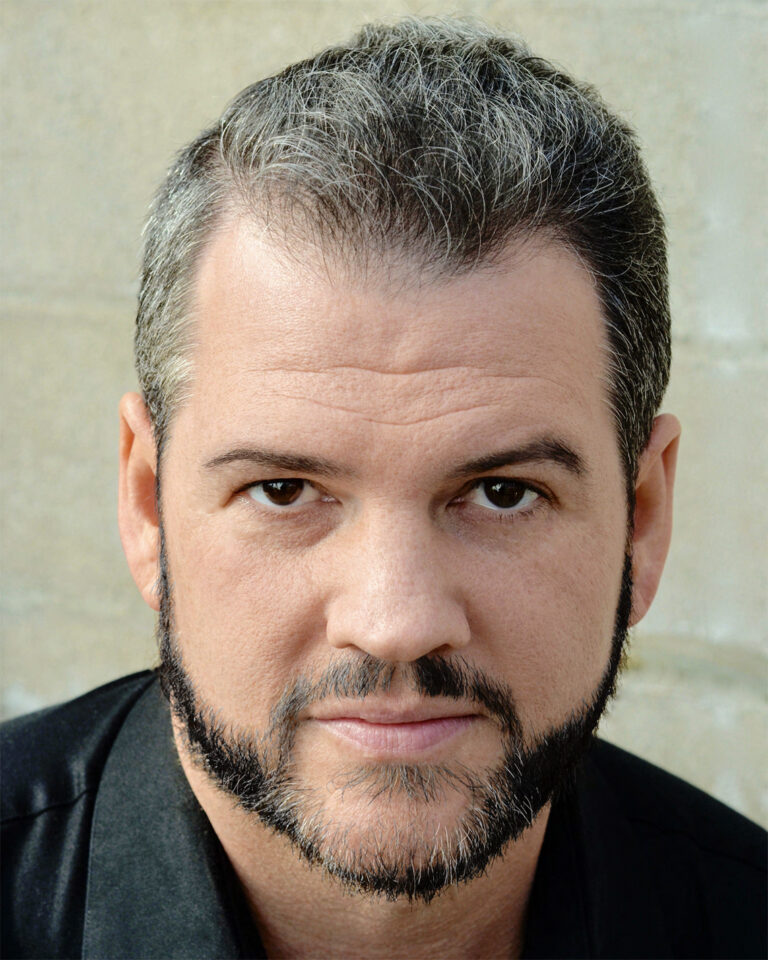