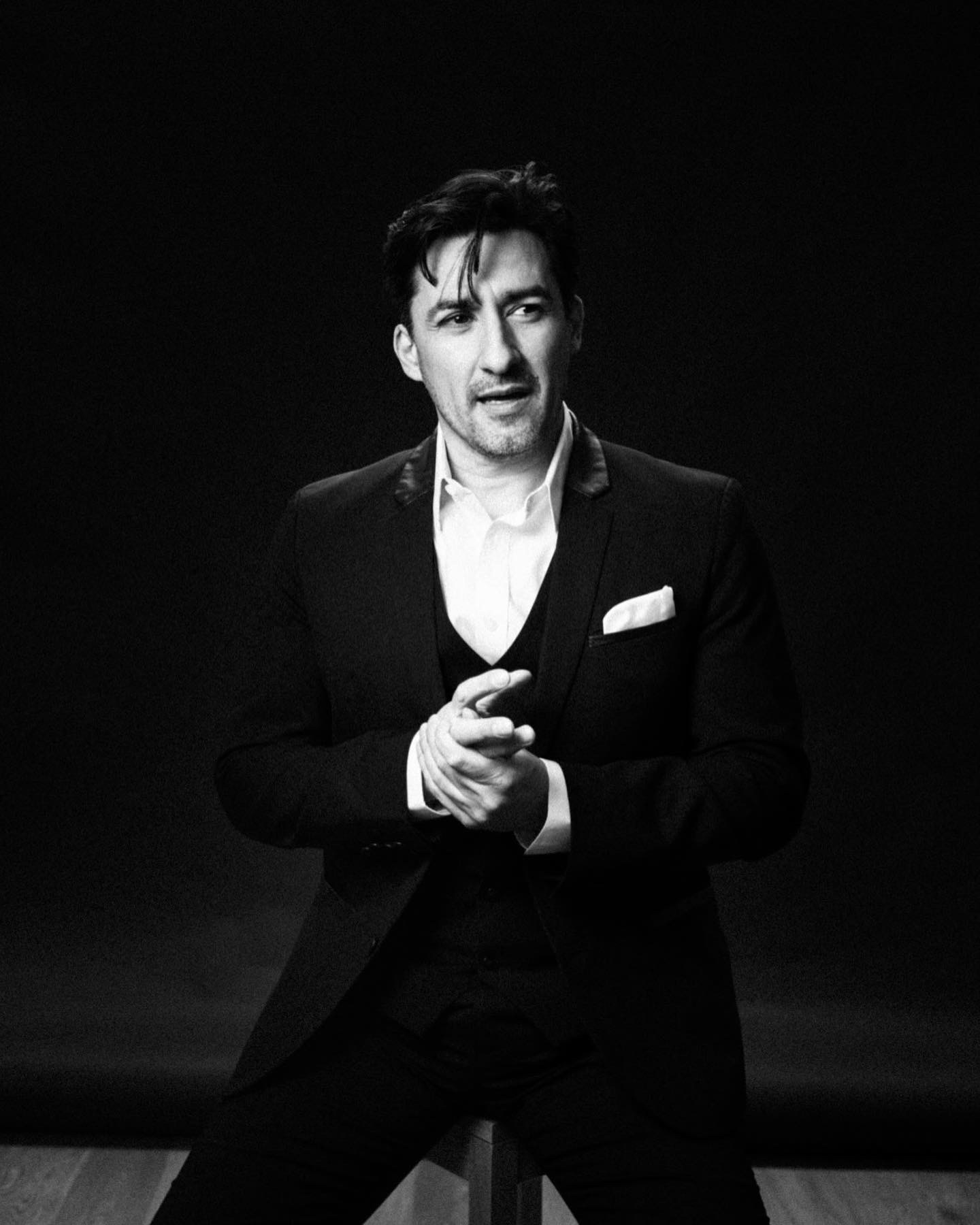 Acclaimed internationally as one of the finest lyric tenors of his generation, Charles Castronovo has sung at most of the world’s leading opera houses including the Royal Opera House, Opéra national de Paris, Metropolitan Opera, Staatsoper Berlin, Wiener Staatsoper, Teatro Real in Madrid, Deutsche Oper Berlin, Théâtre Royale de la Monnaie, Bayerische Staatsoper, Gran Teatre del Liceu, San Francisco Opera and Lyric Opera of Chicago among others. Castronovo closed the 2020/21 season with his first performances of Rodolfo in Luisa Miller at the Glyndebourne Festival. In the current season 2021/22, the tenor will make his role and house debut in the title role of L’amico fritz at the Teatro del Maggio Musicale Fiorentino, as well as his debut as Pinkerton in Madama Butterfly at Bayerische Staatsoper. He also appeared for the first time at the Opera Wroclawska as Des Grieux in Manon and at the Théâtre des Champs-Elysees in Messa di Gloria. Castronovo recently returned to the Lyric Opera of Chicago as Nemorino in L’elisir d’amore, and returned to the Metropolitan Opera and to Staatsoper Berlin as Rodolfo in La bohème. Castronovo also debuted with great success the titular role of Don Carlos this season at the Bucharest National Opera House. In July of 2022, Castronovo reprises the role of Rodolfo in La bohème at Bayerische Staatsoper.

Castronovo will make two important debuts in the fall of 2022: as Maurizio in Adriana Lecouvreur opposite Ermonela Jaho in Salerno and as Riccardo in Un Ballo in Maschera in Munich. During the season he will appear at the Wiener Staatsoper in Manon and Madama Butterfly at the Chicago Lyric Opera in Carmen, and at the Metropolitan Opera in La bohème. Castronovo returns to Munich in La bohème, I Masnadieri, and Don Carlos and to the Staatsoper Berlin in Médée. He will also make his debut at the Teatro San Carlo in concert performances of La Damnation de Faust.

Born in New York and raised in California, Charles Castronovo began his career as a resident at Los Angeles Opera. He was then invited to join the Metropolitan Opera’s Lindemann Young Artists Development Program, and in the autumn of 1999 he made his Metropolitan Opera debut as Beppe in the opening night performance of Pagliacci opposite Placido Domingo. In the first years of his career, Castronovo built his repertoire with debuts such as Tamino in Die Zauberflöte and Fenton in Falstaff at Pittsburgh Opera, where he also sang his first Faust; Don Ottavio in Don Giovanni and Ernesto in Don Pasquale at Boston Lyric Opera; and Ferrando in Cosi Fan Tutte at Portland Opera, where he also sang his first performances of Nemorino in L’elisir d’amore. He debuted as Alfredo in La Traviata with Minnesota Opera, as Belmonte in Die Entführung aus dem Serail at Opera Colorado, and as Elvino in La Sonnambula and Rodolfo at Michigan Opera Theatre.

Castronovo made his European stage debut at the 2000 Savonlinna Festival as Don Ottavio in Don Giovanni. He subsequently debuted in Germany at the Staatsoper Berlin as Don Ottavio under Daniel Barenboim, in France at the Théâtre du Capitole de Toulouse as Fenton, and in the United Kingdom at the 2002 BBC Proms in Ravel’s L’heure Espagnole. In the 2003/04 season, Castronovo made his San Francisco Opera, Opéra national de Paris, and Wiener Staatsoper debuts as Tamino and his Covent Garden debut as Ferrando. This was followed by his Italian stage debut as Alfredo at Teatro Carlo Felice. Additional major debuts included Alfredo at the Staatsoper Hamburg and the Megaron in Athens, Fenton at the Théâtre Royale de la Monnaie in Brussels, and Ferrando at the Bayerische Staatsoper. He also made his debut at the Salzburg Festival as Belmonte in Entführung. Castronovo subsequently debuted at Lyric Opera of Chicago as Tamino, at Canadian Opera Company and the Gran Teatre del Liceu as Alfredo, and at the Deutsche Oper Berlin as Ruggero in La Rondine. He sang his first Duca in Rigoletto at Opéra national de Bordeaux and then reprised the role for his Norwegian Opera debut. He has sung Alfredo in numerous revivals at the Royal Opera House, where he has also performed Ruggero, Tom Rakewell in The Rake’s Progress, Tamino, and Rodolfo. Castronovo has appeared at Wiener Staatsoper as Lensky in Eugene Onegin, Nemorino, and Alfredo; at Bayerische Staatsoper as Gennaro in Lucrezia Borgia, Admeto in Alceste, Edgardo in Lucia di Lammermoor, and Don Ottavio; at Staatsoper Berlin as Alfredo, Nemorino, and Faust; and at the Metropolitan Opera as Roméo in Roméo et Juliette, Rodolfo, Don Ottavio, and Tamino. He sang his first Hoffmann in Les Contes d’Hoffmann in Baden-Baden and his first Des Grieux in Manon in Toulouse. Castronovo sang his first Damnation de Faust in concert in Nice and has also been heard in this work in Baden-Baden with the Berliner Philharmoniker under Sir Simon Rattle, with the Dallas Symphony under Jacques Lacombe, and with the Pittsburgh Symphony under Manfred Honeck. He sang his first staged performances of Damnation at Staatsoper Berlin conducted by Sir Simon Rattle.

In recent seasons, Castronovo has begun to add lirico spinto roles to his repertoire: Jason in the rarely performed original French version of Cherubini’s Médée at Staatsoper Berlin conducted by Daniel Barenboim; Gabriele Adorno in Simon Boccanegra at the Salzburg Festival in 2019 under Valery Gergiev; Faust in Mefistofele in Baden-Baden; and the title role in Roberto Devereux in Munich. He has participated often in performances of lesser known works: as Mylio in Lalo’s Le Roi d’Ys in Toulouse; as Vincent in Gounod’s Mireille at Opéra national de Paris; in Massenet’s Thérèse at the Festival de Montpellier, where he also sang Lalo’s La Jacquerie; and Gounod’s Cinq Mars at Theater an der Wien. Castronovo starred opposite Plácido Domingo as Mario in the world premiere of Daniel Catan’s Il Postino at the Los Angeles Opera, a role he also performed in Paris and Santiago. He also recorded Mercadante’s Virginia for Opera Rara.

Charles Castronovo sang his first Verdi Requiem for his debut at Semperoper Dresden with the Staatskapelle Dresden and Christian Thielemann. He has also been heard in this work in Paris under both Myung-whun Chung and Sir John Eliot Gardiner. 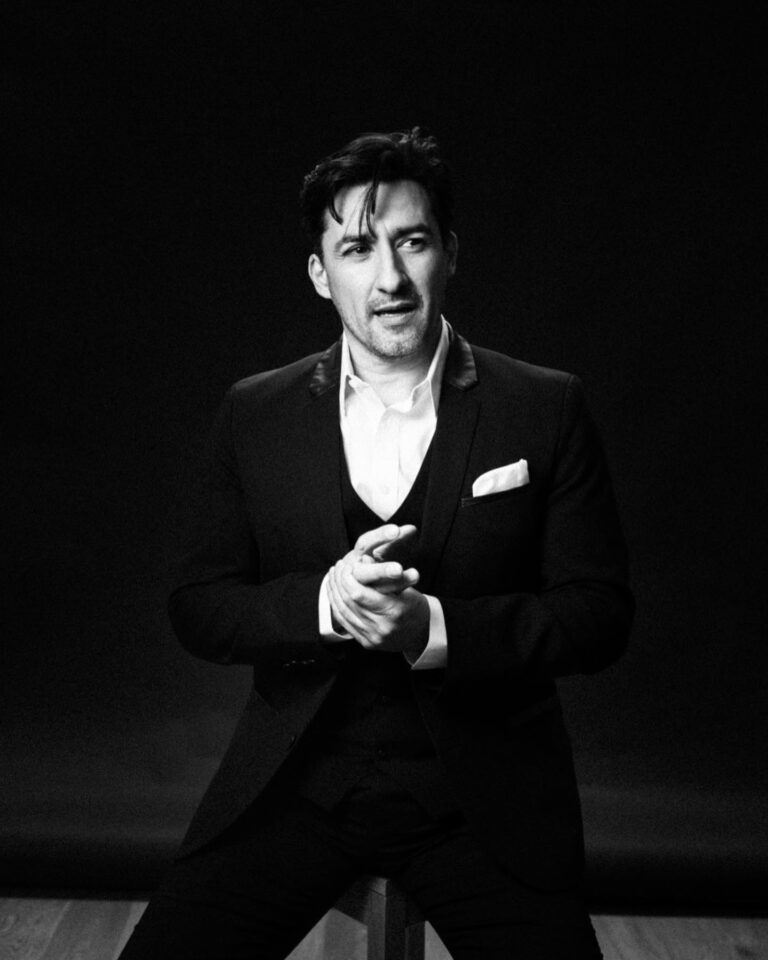 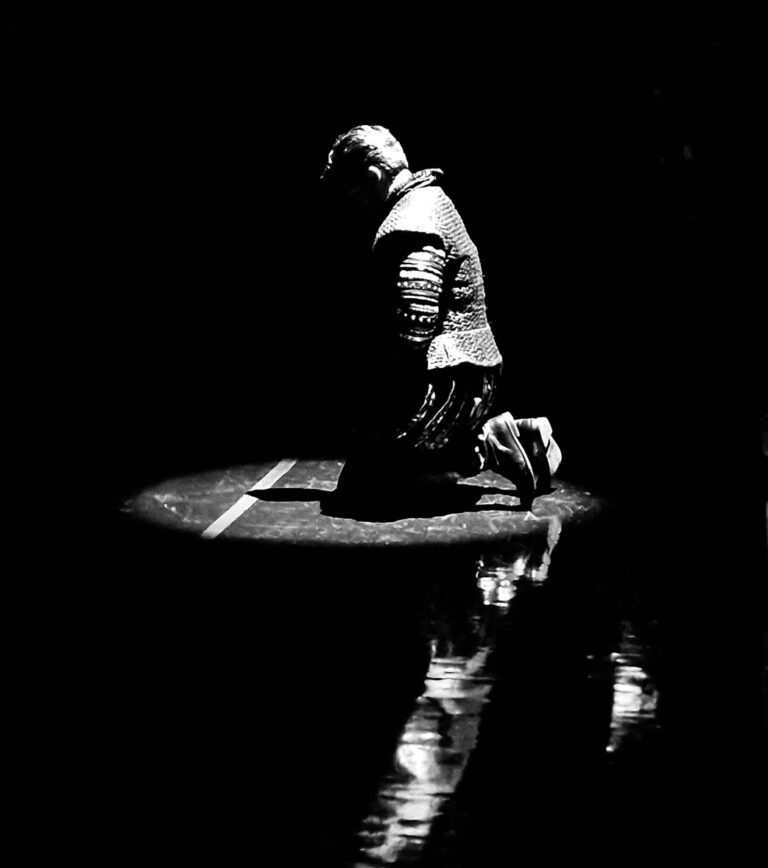 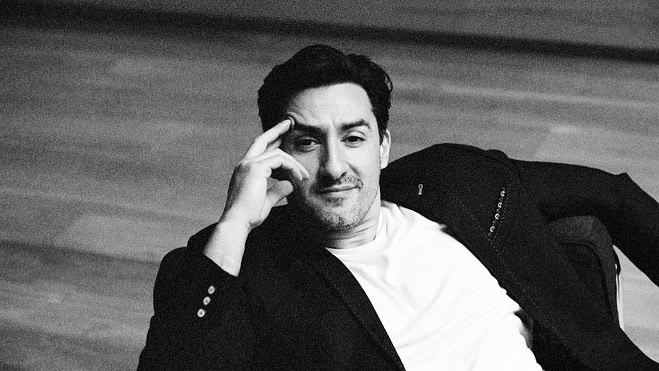 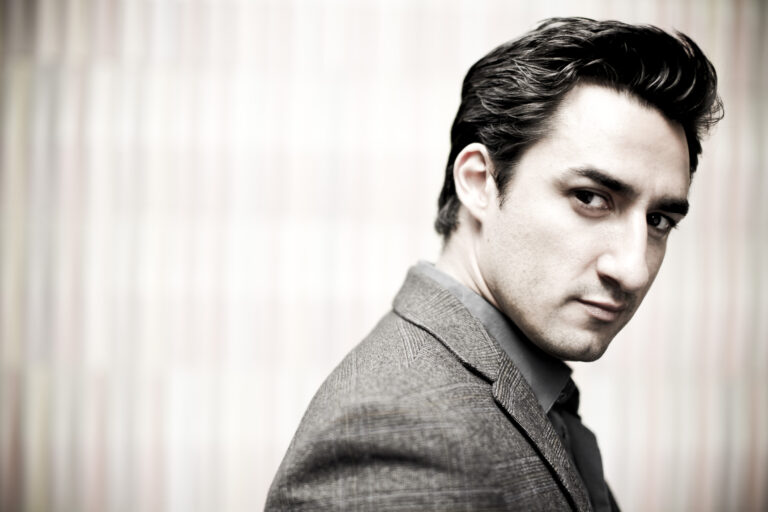 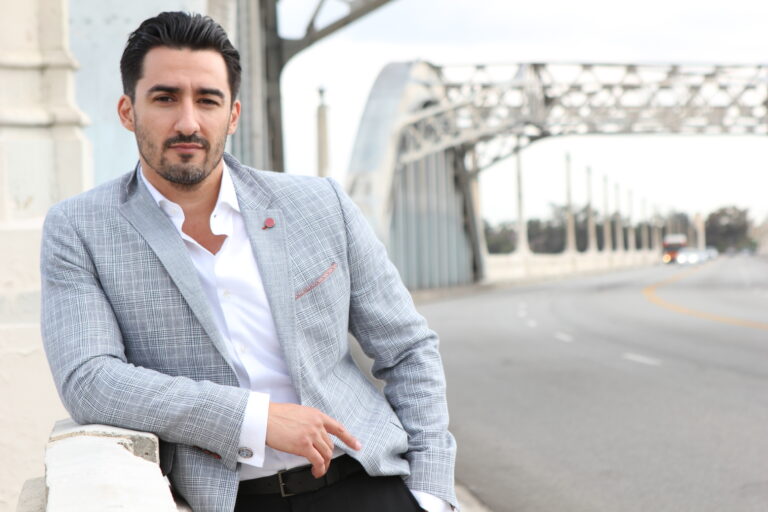 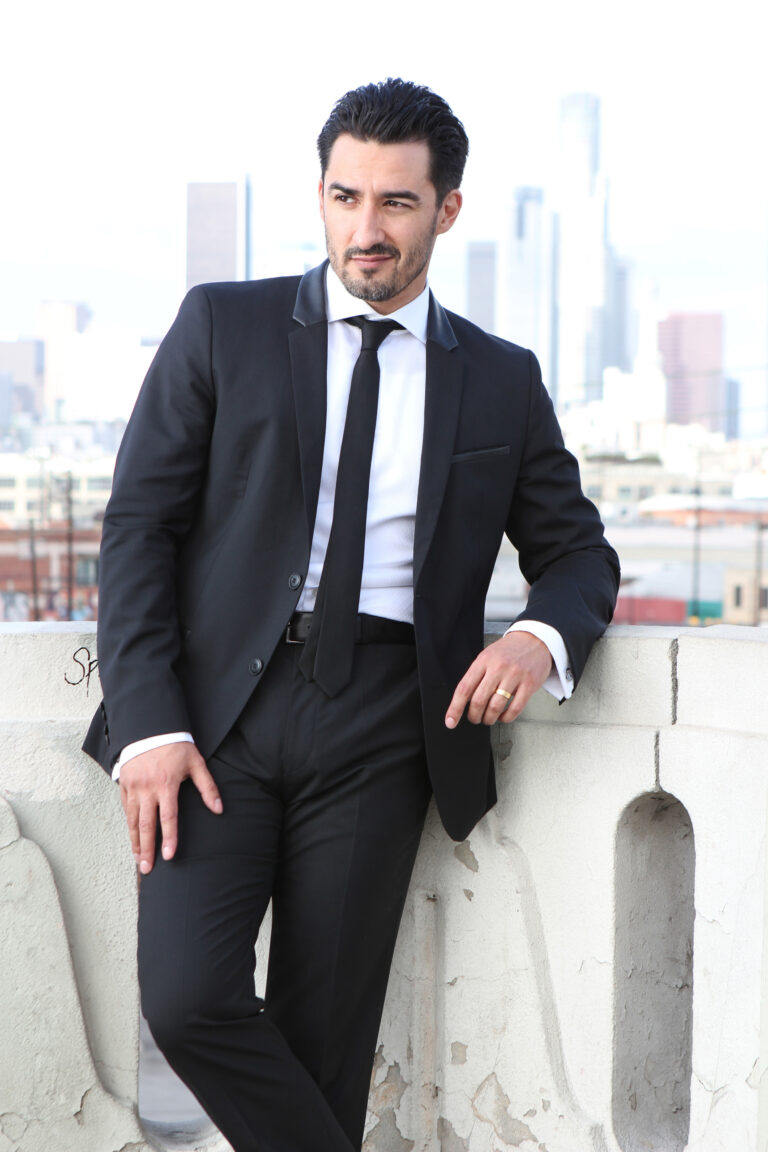