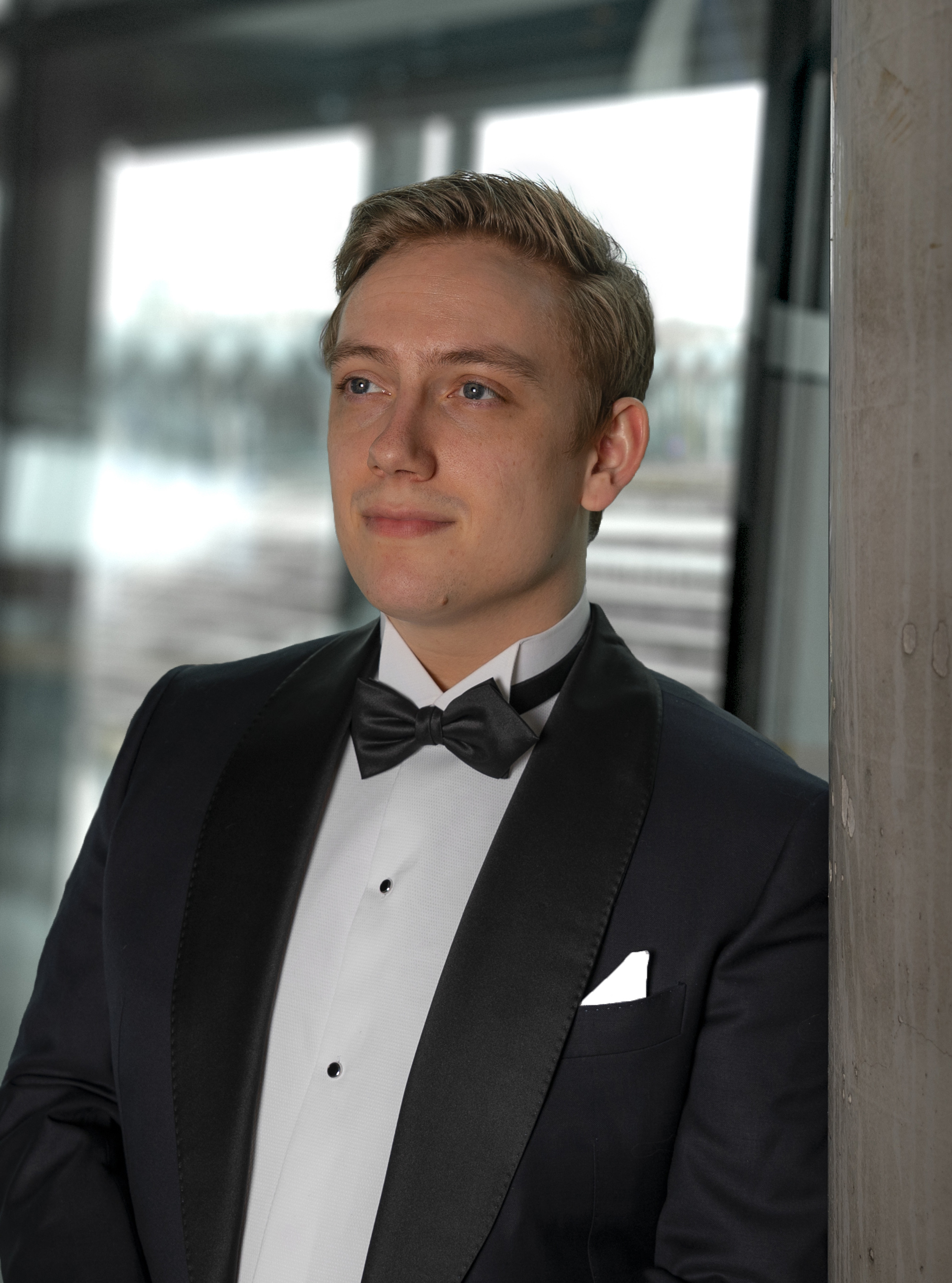 Norwegian tenor Bror Magnus Tødenes is one of the most gifted singers to emerge from Scandinavia in recent decades, having already recorded a Spellmanpris-nominated album and appeared at the Salzburg Easter and Summer Festivals. The 2020/21 season brought Tødenes triumphant leading roles such as the title character in La clemenza di Tito with the Bergen Nasjonale Opera and Rodolfo in La bohème at Den Norske Opera. In 2021/22, he appeared as Tamino in Die Zauberflöte at the Théâtre du Capitole de Toulouse and returned to Bergen to sing Camille in The Merry Widow. In the 2019/20 season, the tenor made his debut as Alfredo in La traviata with the Royal Swedish Opera. Soon afterward, he appeared as the Apparition of a Youth in an acclaimed concert version Die Frau ohne Schatten with the Rotterdam Philharmonic, conducted by Yannick Nézet-Séguin.

Bror Magnus Tødenes started his musical training as a pianist before discovering his vocal talent. He was accepted to the talent program at the Institute of Music at NTNU in Trondheim, later continuing his studies at the Conservatorio di Musica Santa Cecilia in Rome. Tødenes has been awarded at major competitions, receiving both the First Prize and the Audience Prize at the Renata Tebaldi International Voice Competition in 2015. He is also the youngest ever recipient of the Norwegian National Opera’s Erling Kroghs grant for talented singers.

In the 2018/19 season, Tødenes debuted at the Opéra national de Paris singing his first Hylas in Les Troyens, before which he made his debut as Rinuccio in Gianni Schicchi at Den Norske Opera. On the concert platform, he sang L’enfance du Christ with the Radio and Television Symphony Orchestra in Madrid and Bach’s Mass in B minor with the Royal Liverpool Philharmonic under Nathalie Stutzmann. In the 2017/18 season, Tødenes debuted as the title role in La clemenza di Tito under Marc Minkowski at the Prague National Theatre, sang his first Macduff in Macbeth for his debuts at Opera de Lyon and the Théâtre du Capitole de Toulouse, and appeared at the Bergen Nasjonale Opera in Der fliegende Holländer and Berlioz’s Requiem. He also appeared in concerts throughout Scandinavia, including Trondheim, Oslo, Gothenburg, Copenhagen and Stockholm, in addition to a gala concert in Poznan, Poland.

Holding a NOVOMATIC scholarship from Wiener Staatsoper, Tødenes appeared in Vienna in the 2016/17 season as a member of the ensemble. At the start of the season, Tødenes made his debut in Vienna as The Chevalier in the new production of Gluck’s Armide under Marc Minkowski, after which he returned to Wiener Staatsoper as Ismaele in Nabucco. Tødenes also returned to the Salzburg Festival in August as The Messenger in the new production of Verdi’s Aida, conducted by Riccardo Muti.

In the 2015/16 season, Tødenes appeared as a soloist with the Oslo Philharmonic, the Trondheim Symphony Orchestra and the Stavanger Symphony Orchestra. He also performed at the Bergen International Festival and the 2016 Copenhagen Opera Festival, where he participated in the opening concert as a featured artist and sang the role of the Steersman in the Royal Danish Opera’s concert performance of Der fliegende Holländer under Jun Märkl. After joining the prestigious Young Artists Programme at the Salzburg Easter Festival in 2015, Tødenes returned to Salzburg in 2016 to sing the role of Rodrigo in Verdi’s Otello under Christian Thielemann.

In 2014, Tødenes released his debut CD Remembering Jussi in collaboration with KORK, the Norwegian Radio Orchestra, and pianist Håvard Gimse. It was reviewed favorably around the world and immediately nominated for a Spellmanpris, the Norwegian equivalent to the Grammy. Other roles in his developing repertoire include Lenski in Eugene Onegin, Fenton in Falstaff and Romeo in Romeo et Juliette. 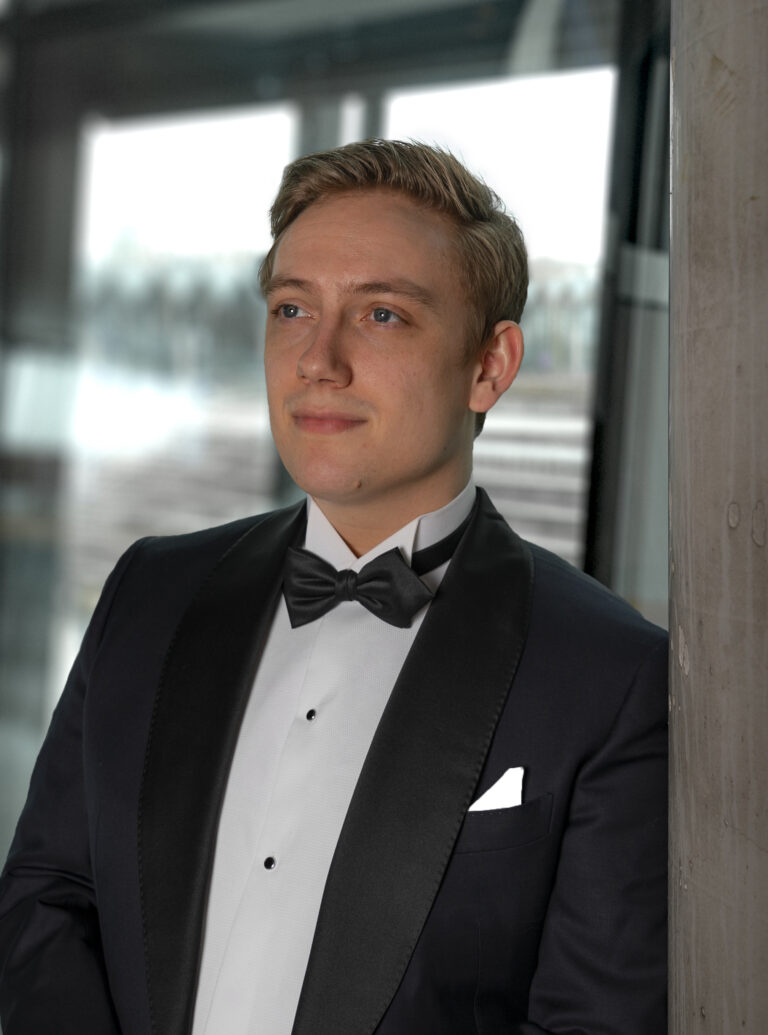