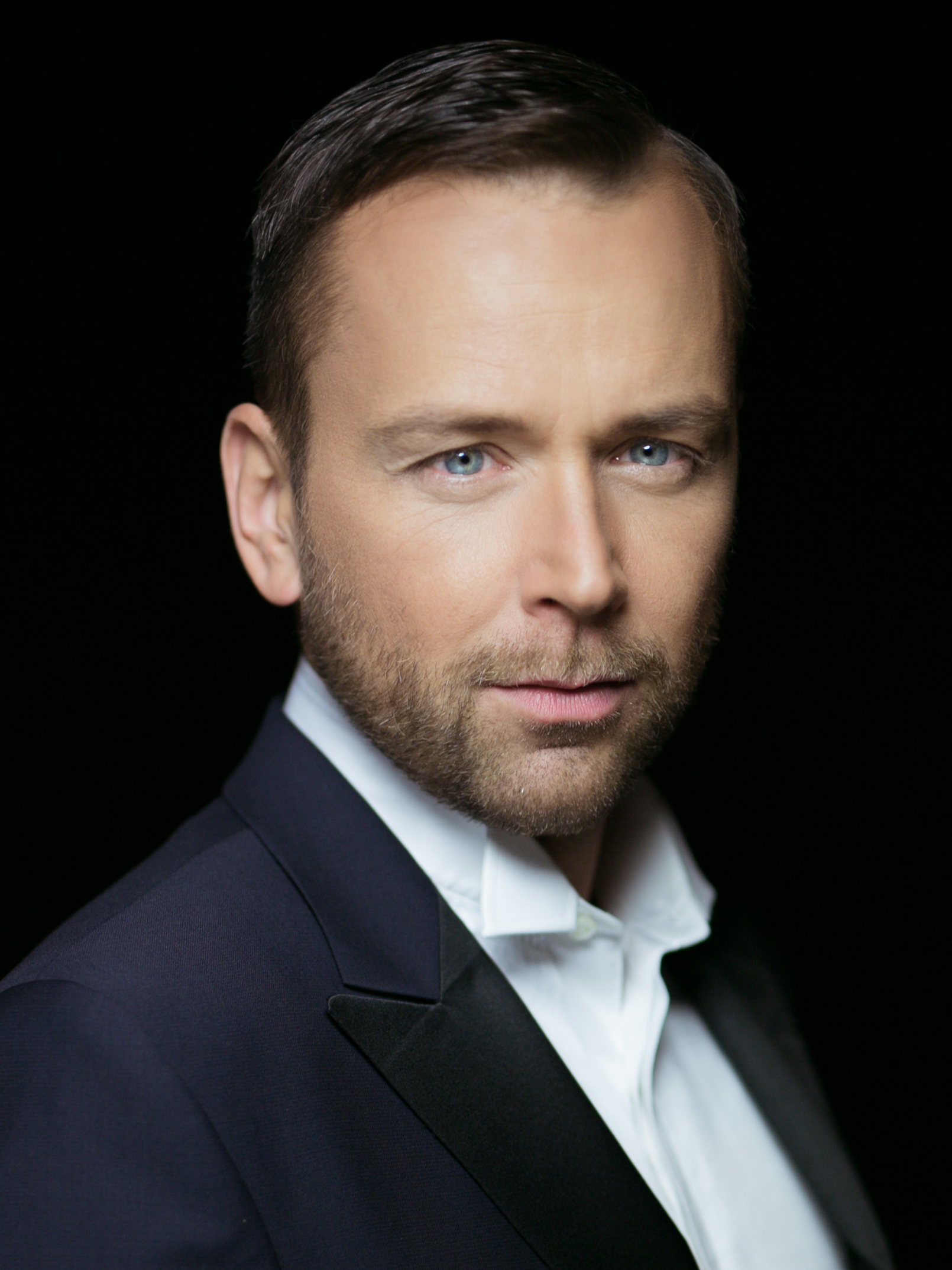 Born in Lodz, Polish tenor Arnold Rutkowski has been internationally recognized in theaters such as the Opéra national de Paris, Royal Opera House, Staatsoper Berlin, Opernhaus Zürich, Staatsoper Hamburg, Semperoper Dresden, Grand Théâtre de Genève, the Bolshoi Theatre in Moscow, Mikhailovsky Opera in St. Petersburg, Opéra de Lyon, Deutsche Oper am Rhein in Düsseldorf, Royal Swedish Opera, Opera Australia in Sydney, and at the Aix-en-Provence Festival. This season, Rutkowski made his debut at the National Kaohsiung Center for the Arts in Taiwan as Pollione in Norma.

Last season, Rutkowski returned to Oper Stuttgart for his debut as Turiddu in Cavalleria rusticana. In the season prior, the tenor sang Don José in Carmen in Stuttgart and made his debut at Oper Köln as Manrico in Il Trovatore. In the 2018/19 season, Rutkowski made his debut at Royal Opera House  Covent Garden as Don José and at the Greek National Opera as Pollione in Norma. He also returned to the Teatr Wielki – Polish National Opera as the Shepherd in King Roger and Stefan in The Haunted Manor and to the Royal Swedish Opera as the Shepherd. In the previous season, he made his role debut as Riccardo in a new production of Un ballo in maschera in Wiesbaden and his house debut at Den Norske Opera as Pollione. The tenor began the season singing Cavaradossi in Tosca at Oper Stuttgart and later returned to the Polish National Opera as Stefan and Pinkerton in Madama Butterfly. Rutkowski began the 2016/17 season at the Teatr Wielki in Warsaw in a new production of Wladyslaw Zelenski’s rarely performed masterpiece, Goplana. He was also heard there in his first performance as Pollione in Norma, opposite Edita Gruberova, and as Pinkerton in Madama Butterfly. Rutkowksi returned to Opera Australia as Don José and to Semperoper Dresden as the same role and Rodolfo in La bohème. Highlights of the 2015/16 season included Rutkowski’s debuts at both the Opéra national de Paris and Opéra de Lyon in Iolanta, as well as his return to Semperoper Dresden in Carmen and to Stuttgart in Madama Butterfly. He also sang his first Cavaradossi at the Mikhailovsky Theater and made his Netherlands debut as Pinkerton at the Concertgebouw in Amsterdam.

Arnold Rutkowski completed his musical studies in Lodz. A winner of several prestigious vocal competitions, including the Jan Kiepura Vocal Competition, he was awarded the Cultur Arte Prize at the Placido Domingo Competition in 2009. Before graduating from his conservatory, Rutkowski was invited to make his professional debut in Bornholm, Denmark as Ferrando in a production of Cosi fan Tutte, staged by Jonathan Miller. He subsequently joined the ensemble of the Opera Wroclawska where he was heard as the Duke in Rigoletto, Alfredo in La traviata, Rodolfo, Pinkerton and Don José. Rutkowski was invited to make his debut at the Polish National Opera in 2007 as Rodolfo and has returned often to that theater in roles including Stefan in Monciusko’s The Haunted Manor and the Duke. He made his German debut in this role at Hessisches Staatstheater Wiesbaden Opera in 2010. In July of 2011, Rutkowski joined Anna Samuil of Staatsoper Berlin for a Gala concert at the Bad Kissingen Festival under Marco Letonja. In August of 2011, he made his debut at the Royal Swedish Opera as Rodolfo. These performances were followed by his debuts at Staatsoper Hamburg as the Duke, in Vienna at the Vienna Volksoper in Carmen, and in France as Rodolfo for Opéra de Toulon. In the 2010/11 season, Rutkowski went on to debut at Staatsoper Berlin as Alfredo, at Deutsche Oper am Rhein in Düsseldorf as Pinkerton, and at the Finnish National Opera as Rodolfo. In February of 2012, Rutkowski returned to Staatsoper Berlin as Lensky in Eugene Onegin. He subsequently appeared at Deutsche Oper am Rhein for more performances of Madama Butterfly and as Don José. In June of 2012, Rutkowski sang Alfredo at the Teatr Wielki – Polish National Opera in Warsaw, opposite Alexandra Kurzak and Andrzej Dobber.

In the 2012/13 season, Rutkowski made his debut at Semperoper Dresden as Rodolfo, later singing this role for his return to the Royal Swedish Opera. He appeared with Opéra de Toulon as Pinkerton and made his debut with Grand Théâtre de Genève in the same role in April of 2013. Over the course of the season, Rutkowski was also heard as the Duke at Deutsche Oper am Rhein in Düsseldorf and as Alfredo in Dresden. In the summer of 2013, Rutkowski made his debut with Opera Australia, again in La Traviata, and at Oper Stuttgart in La bohème. He also made his Opernhaus Zürich debut as Rodolfo in December of 2013 and subsequently sang his first Edgardo in Lucia di Lammermoor for his debut at the Opéra de Marseille. Rutkowski began the 2013/14 season as Don José in a new production of Carmen at Semperoper Dresden. He also appeared there as Rodolfo and at the Leipzig Opera as the Duke. In the fall of 2014, Rutkowski opened the season at the Grand Théâtre de Genève  as the Duke and then starred as Manrico in Dmitry Cherniakov’s production of Il Trovatore at the Mikhailovsky Theater in St. Petersburg. Rutkowski then returned to Semperoper Dresden in Carmen and La bohème and returned to Oper Stuttgart as Rodolfo. He made a highly acclaimed debut at the Bolshoi Theatre as Alfredo and appeared in South America for the first time as Edgardo in Lima, Peru. In July of 2014, Rutkowski made his debut at the Aix-en-Provence Festival as Vaudemont in Peter Sellars’ production of Iolanta, conducted by Teodor Currenzis.

Other roles in Rutkowski’s developing repertoire include the title roles in Gounod’s Faust and Romeo et Juliette, Massenet’s Werther, Gabriele Adorno in Simon Boccanegra, the title role in Verdi’s Don Carlos and Maurizio in Adriana Lecouvreur. 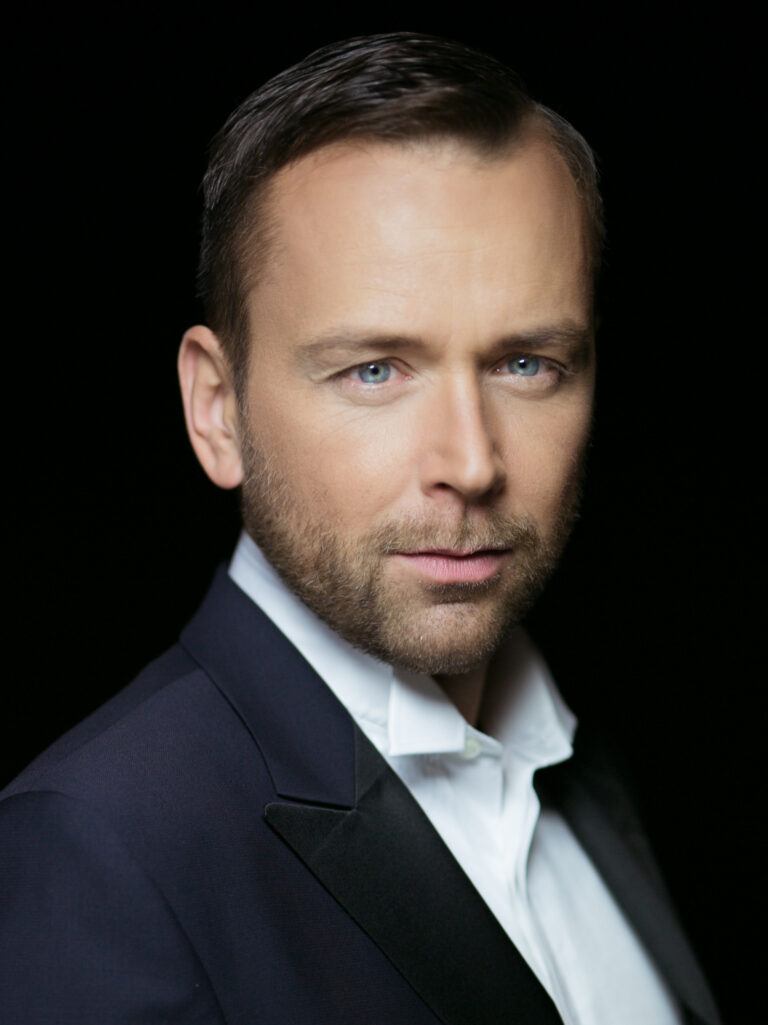